ORGANIC SPIRULINA – 300 TABLETS – 500 MG
Oganically farmed plant
4 – 6 tablets a day with a large glass of water during meals and as part of a balanced diet.

Spirulina is a cyanobacterium (blue-green algae) that can be consumed by humans and other animals. There are two species, Arthrospira platensis and Arthrospira maxima. Arthrospira is cultivated worldwide; used as a dietary supplement as well as a whole food; and is also available in tablet, flake and powder form. It is also used as a feed supplement in the aquaculture, aquarium and poultry industries.The maxima and plaetensis species were once classified in the genus Spirulina. The common name, Spirulina, refers to the dried biomass of Arthrospira platensis, which belongs to the oxygenic photosynthetic bacteria that cover the groups Cyanobacteria and Prochlorales. These photosynthetic organisms, Cyanobacteria, were first considered as algae until 1962 and for the first time, these blue green algae were added to prokaryote kingdom and proposed to call these microorganisms as Cyanobacteria where algae is considered to be a very large and diverse group of eukaryotic organisms. The worldwide research on microalgae was carried out in the name of Spirulina, but the original species exploited as food with excellent health properties belongs to genus Arthrospira. This common difference between scientists and customers is difficult to change. These Arthrospira genus, constitute a helical trichomes of varying size and with various degree of coiling including tightly coiled morphology to even straight uncoiled form. The filaments are solitary and reproduce by binary fission and the cells of the trichomes vary from 2 μm to 12 μm and can sometime reach up to 16 μm. Species of the genus Arthrospira have been isolated from alkaline brackish and saline waters in tropical and subtropical regions.
ORGANIC SPIRULINA – 300 TABLETS – 500 MG
Oganically farmed plant
4 – 6 tablets a day with a large glass of water during meals and as part of a balanced diet.

There are no reviews yet. 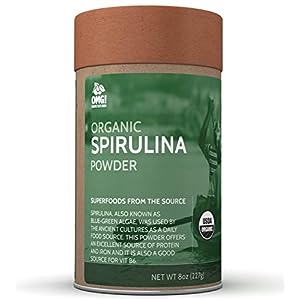 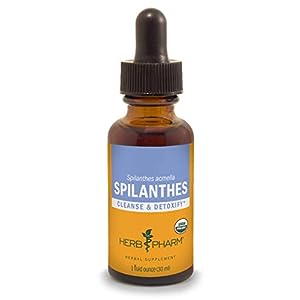 Expertly extracted to support the body’s cleansing and detoxification process.
Prepared from the certified organic, fresh flowering herb and root of Spilanthes acmella plants.
Grown on our own southern Oregon farms. 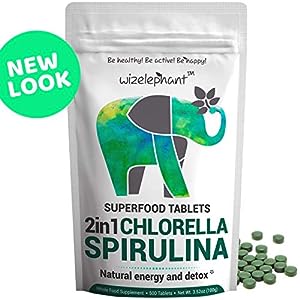 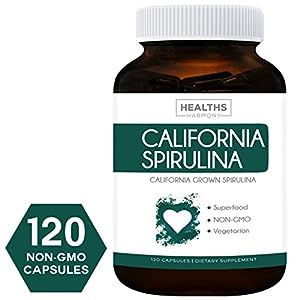 ✔ PURE CALIFORNIA SPIRULINA: We searched high and low to find the highest-quality Spirulina grown away from pollution and with no pesticides or other damaging chemicals; we found it right here in California. Healths Harmony Spirulina capsules bring you all the potency of this super food without any fillers or foreign substances along for the ride.
✔ NUTRITION THAT PACKS A PUNCH: When grown in pristine conditions and correctly harvested, Spirulina is widely believed to be the most nutrient-dense superfood on the planet. With 26x the calcium you’ll find in milk, plus a highly digestible form of iron that works wonders for both vegetarians and meat-eaters, you won’t find anything quite like it – not even chlorella or chlorophyll.
✔ TERRIFIC FOR BODY AND MIND: Spirulina is packed with vitamins and its ability to reduce activity related inflamation can soothe minor pains. 65% proteins and amino acids means it can help your body replenish its basic building blocks to give you healthier nails, hair, skin and bones while cultivating lean muscle. Plus, the Thiamin found in abundance in Spirulina imparts you with everyday energy. 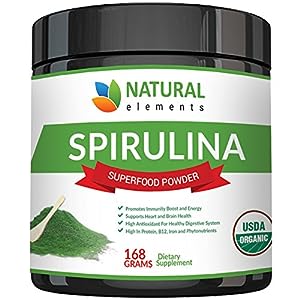 GET THE ULTIMATE BENEFIT – Taking our Organic Spirulina will help you feel an increase of energy and vitality, brain support, immune system support, eye health, and even help with weight loss keeping you on track for your daily goals.
STAY AWAY FROM THE LOW QUALITY SPIRULINA – Unlike most spirulina brands out there, we pride ourselves to bringing you only the best by doing a extensive search to provide you with the top tier level Organic Spirulina that is pesticide & herbicide free, microcystin free, gluten free, Non-GMO, and 100% vegetarian & vegan.
GROWN WITH YOU IN MIND – We were on a mission to find the best quality spirulina in the world. We were led to several places in both California and Hawaii to give you the highest quality of spirulina out on the market. Our espirulina is more nutritious than chlorella by giving you the highest concentration of protein of any plant, animal, or herb on a gram per gram basis. 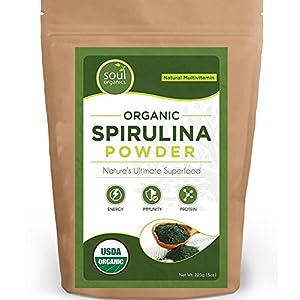 ✔️ GET YOUR HEALTHY DARK GREENS – Spirulina is a nutrient dense blue green algae that grows in freshwater and is nourished by the sun, making it rich in chlorophyll, antioxidants, proteins, and minerals
✔️ FEEL EXTRA ENERGY THROUGHOUT YOUR DAY – The iron in spirulina is essential for the formation of hemoglobin, which energizes you by carrying oxygen throughout your body
✔️ GET THE EDGE IN FIGHTING OFF ILLNESS AND PREMATURE AGING – Spirulina is full of antioxidants, most notably beta-carotene, which enhances your immunity support by protecting against free radicals, and improving cell mediated immune responses. Spirulina phytonutrients and carotenoids (the dark green color) support your skin and hair and fight off wrinkles and aging skin 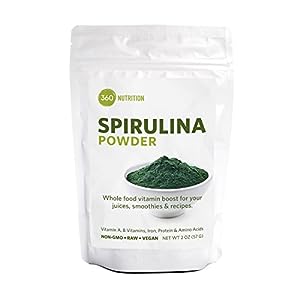 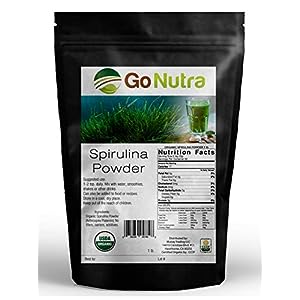 This website uses cookies to improve your experience while you navigate through the website. Out of these, the cookies that are categorized as necessary are stored on your browser as they are essential for the working of basic functionalities of the website. We also use third-party cookies that help us analyze and understand how you use this website. These cookies will be stored in your browser only with your consent. You also have the option to opt-out of these cookies. But opting out of some of these cookies may affect your browsing experience.
Necessary Always Enabled

Any cookies that may not be particularly necessary for the website to function and is used specifically to collect user personal data via analytics, ads, other embedded contents are termed as non-necessary cookies. It is mandatory to procure user consent prior to running these cookies on your website.

Get Notified The Minute The Sale Starts!